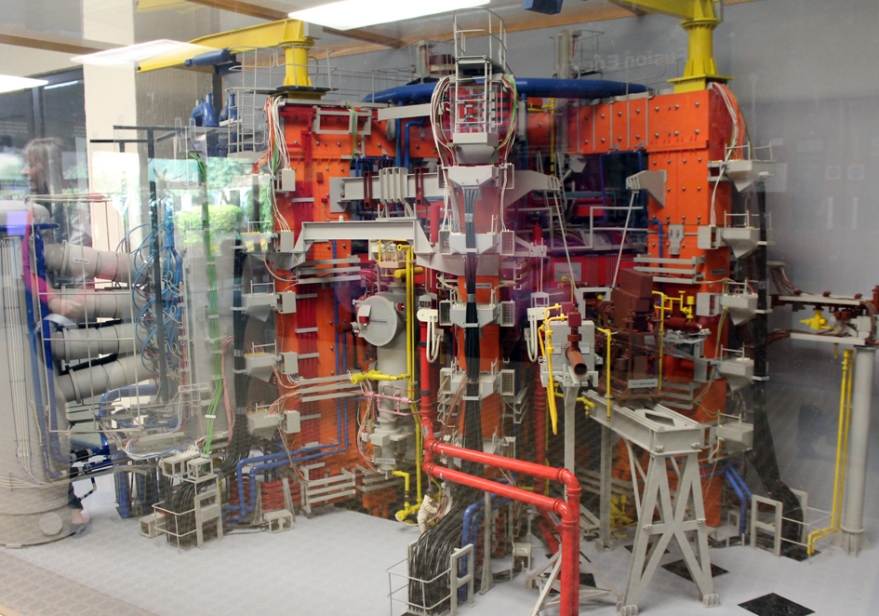 Didcot as a centre of scientific research is one of the main areas of focus for Great Western Park’s public art strategy, so in the coming months Michael Condron and I will be visiting some of the institutions in the area who are working at the cutting edge of new scientific discovery. Last week we visited Culham Centre for Fusion Energy and had a tour around ‘JET’ or Joint European Torus where scientists are researching a new method of creating energy which doesn’t create carbon emissions, is safe and creates minimal waste.  You can find out more detail about this on the CCFE website.

Scientists have been researching into fusion energy for a long time. The centre at Culham was established in the mid-1960s, but the big breakthrough came in the 1980’s when JET was built and large-scale experiments began.

JET has been adapted and modified over the years, with research into materials and robotics leading to new developments in this incredible machine and the way it is used.

When the torus was built a surplus unit was manufactured which can be viewed by visitors. This is the closest that we could get to seeing inside JET. 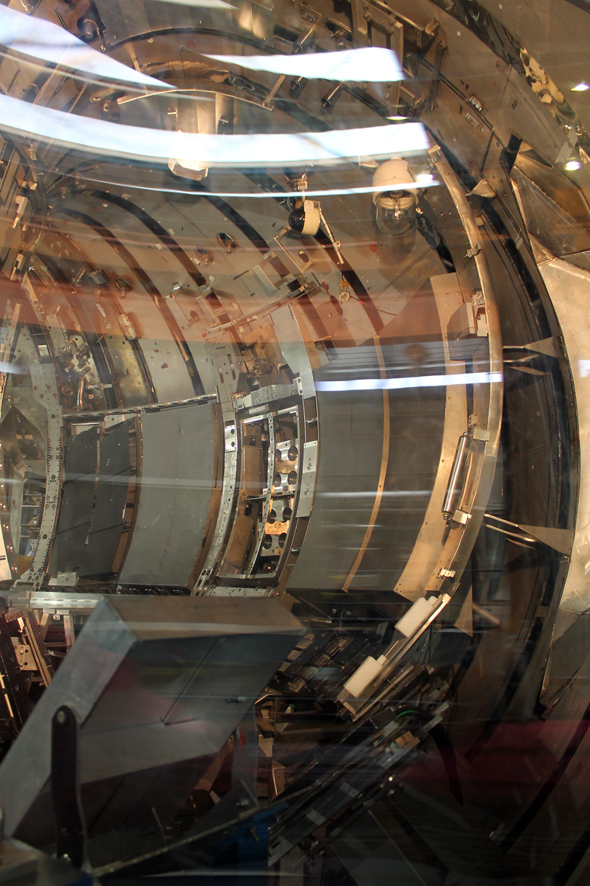 When we visited I had been expecting to be shown to a shiny new building, typical of many of the science facilities in the area. It was a surprise to find some really beautiful post-war architecture which underlined how established this research facility is and the commitment to fusion energy over a long period of time.